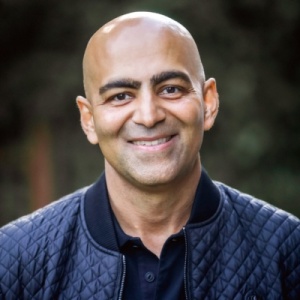 Last month, Andreessen Horowitz — one of venture capital’s largest and most prominent players — announced that its “headquarters will be in the cloud” going forward.

Founded in 2009 in Menlo Park, California, the firm — also known as a16z — has for years been a symbol of Silicon Valley investing.

Its new philosophy in this post-COVID era of remote work is that there is no longer a need for a centralized HQ. This philosophy extends to its fintech team.

I sat down (virtually, that is) with General Partners Angela Strange and Anish Acharya to learn more about why the pair believes that the fact that more people are working globally spells huge opportunity for fintech companies. The interview has been edited for clarity and brevity.

TC: Tell me what you think is the biggest change you’ve seen with regards to how companies are being built today as it pertains to headquarters.

Anish: If you were building a startup five,10 or certainly 15 years ago, most of the work in focus was very local, meaning you were what we call ‘default local.’ You’d have a group of people that would get together in a physical office and toil away to build a software product and sell it to customers that were probably in your country — maybe even in your neighborhood if you’re in Silicon Valley — but certainly in your country. And then over time, if the product and company was successful, you would slowly expand globally.

And the big trend that we saw that was already occurring — and COVID catalyzed a lot of it — is that companies increasingly want to be global on Day One. And software lends itself to this.

When Google launched, there was no reason you couldn’t use Google on launch day in India or any other country in which you could access the internet. But the problem of course, is that even though software is global, money is very much local. This is really where a lot of our fintech thinking has come into things. The idea now is that the company of the future, and the company of the present, will be global on Day One and the opportunity (for fintech companies) is to build all the infrastructure for that company to be able to operate and sell globally on Day One.

TC: I think that’s an interesting point. It’s very complex though, right? When you talk about different countries, and as you mentioned, global money is very much a local thing. Every country, every region addresses it differently. And I think maybe that has intimidated some companies in the past. 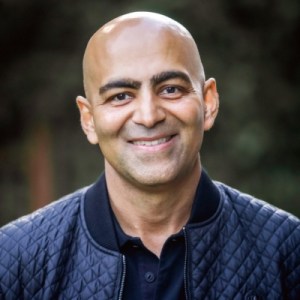 Anish: The difference is when you have a platform that can manage a lot of that for you, the idea is that the company just wouldn’t have to worry about it. Like what we saw a couple of years ago with global payment acceptance. A bunch of companies went out and made it really easy to accept payments using local payment methods in any country. If you had to identify and do all those integrations yourself, that was very difficult. But if you could use a single payment provider that provided that to you for a fee, then it suddenly becomes a lot less painful.

Angela: Prior to this shift, I’d take a meeting with a global credit card company working on the currency expense management and wonder ‘who would need this’?  Well, it would probably be companies who’d been around for five to 10 years to reach this point. They started in one country then went to another and then went to another. Your customer for a multi-currency auto reconciling expense card would be a rather large enterprise customer.

If you’re going to start a company in that space, you’d be like ‘holy shit, I’ve got a massive product to build. I’ve got to cover tons of different countries and I’ve got to make an enterprise sale that means I’ve got to raise a lot of money before I can even sell it.’ Whereas now, you have companies starting right and they are starting — like Jeeves as an example, and from day one, they have operations in Colombia and Brazil and Mexico. And they need that right away. So you now have this big opportunity to sell to the new — versus selling to the old — because all these new companies need your products and services from the get go, which makes for a much bigger, much more accessible market. A lot of these newer companies and newer startups are actually target customers really, because of their needs. If they grow, the company can grow with them. 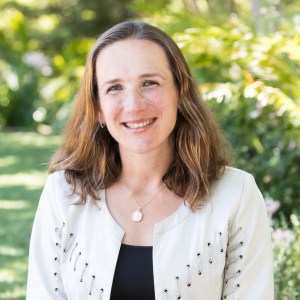 The other piece happening, conversely, is that companies expanding into different countries over time actually had to hire someone whose job was on a few hour basis to manually log into all their different bank accounts in their different countries and record this in a spreadsheet, which is completely ridiculous. If you’re a really early startup, can you afford a resource to do this? No. You have to have software.

Anish: Right. If you’re a company that hired people internationally, you probably were an old-school company with a payroll team all over the world and expensive fancy Oracle integration. Now post-COVID, so many startups are distributed globally. We ourselves are moving to the cloud. Now, companies like Deel and others are making it possible for startups to just do it in a turnkey fashion and not have to think about where their employees are based.

Fueled by the remote work revolution, Deel more than doubles valuation to $12B with new raise

TC: Angela, you and I have talked quite a bit about Latin America and how the growth there obviously has been explosive over the past few years. What other regions are you all looking at for potential investments?

Angela: There is an interesting ‘second-order’ effect. It used to be that where the execs and very early employees were are where a company’s headquarters were. But now, Silicon Valley or other large cities are going to start to see CEOs come out of other places.

One of my favorite things about Marc (Andreessen) and Ben (Horowitz) and the entire firm is the willingness to change our mind. We’ve been so historically Silicon Valley-oriented, and I think the new fence posts just really put a fine line under the fact that we’re no longer that way — and that was a change over a relatively short period of time.

TC: Geography aside, of course, what areas within fintech have you most excited?

Anish: The world’s just getting started. The narrow view of fintech is that it’s banking, payments, lending and insurance. But I think a more expansive view is that we hold fintech as a new business model for internet companies. In that world, the global opportunity is that much bigger. So, cross border and global is a big focus, and wealth management is something that we’ve been spending a bunch of time on and you know, that means very different things than it has in the past. It means asset classes like crypto that you would never have thought of as being wealth management, as well as new sets of people that can be served. For example, young folks that are working at Silicon Valley companies have a very different set of personal financial challenges than the soon-to-be-retiree. I’m also looking at some things in the consumer space, such as the idea that the bank for Gen Z is going to be dramatically different than the bank of other generations.

Angela: Infrastructure. Managing teams and currency globally used to be a problem you could solve later. It’s now a problem we need to solve now. I’m literally going through my entire infrastructure stack and thinking, ‘Alright, if you had to make this work for 10 countries from the start, what does that company look like?’ Also, any issue related to just the asset management of crypto and fiat. We’re starting to see that also on the infrastructure side because you’re trying to onboard people from the fiat world into crypto. You’ve got to comply with all sorts of banking regulations, but you also have to understand the web3 world. There’s a bunch of different opportunities at that scene that we as a firm are looking at.

My weekly fintech newsletter, The Interchange, launched on May 1! Sign up here to get it in your inbox.