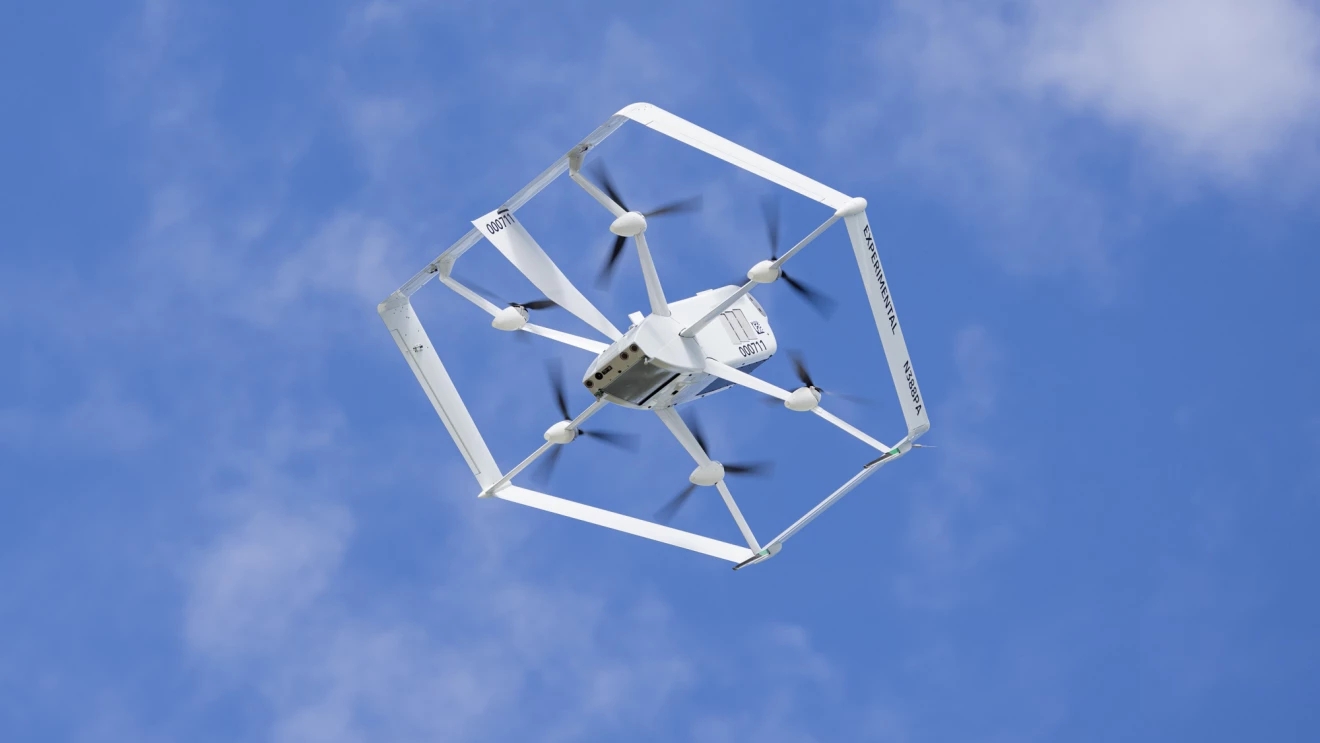 Amazon today announced that Lockeford, California will be “among the first” locations in U.S. getting access to the company’s burgeoning drone delivery, Prime Air. Lockeford is a small, census-designation place of about 3,500, located roughly half-an-hour from Stockton. It’s also, fittingly, the one-time home of aviation pioneer, Weldon B. Cooke.

The company says it’s currently working with the FAA to help secure permission for drone-based deliveries, which are planned to begin before the end of the year. Select users in the area will begin to receive the option for drone deliveries on thousands of items. The drones can carry five pounds of payload at speeds up to 50 miles an hour. 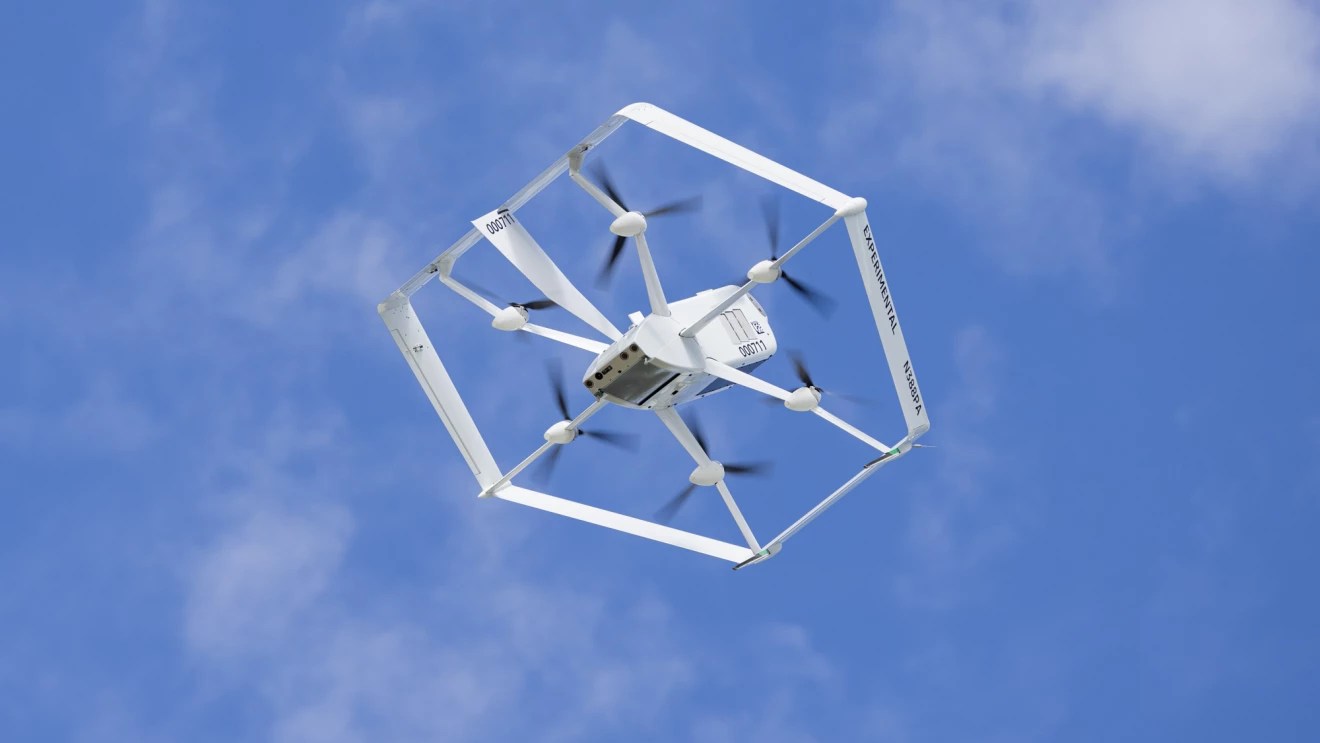 Amazon is using the opportunity to discuss more about the drone program, which has thus far lagged behind competing offerings from companies like the Alphabet-owned Wing. It notes, in particular, some of the obstacle avoidance systems its built in – a key component of a large, autonomous system seeking regulatory approval.

We designed our sense-and-avoid system for two main scenarios: to be safe when in transit, and to be safe when approaching the ground. When flying to the delivery location, the drones need to be able to identify static and moving obstacles. Our algorithms use a diverse suite of technologies for object detection. Using this system, our drone can identify a static object in its path, like a chimney. It can also detect moving objects on the horizon, like other aircraft, even when it’s hard for people to see them. If obstacles are identified, our drone will automatically change course to safely avoid them.

Once the system has reached its target, it descends, hovers and lowers down the package. Placing an order with the service is largely the same as any Amazon delivery. Once purchased, the customer gets an ETA for delivery, along with status updates tracking the drone’s progress.

The six-rotor system (MH27-2) is the latest over several models that have have been tested by the company over the past several years.