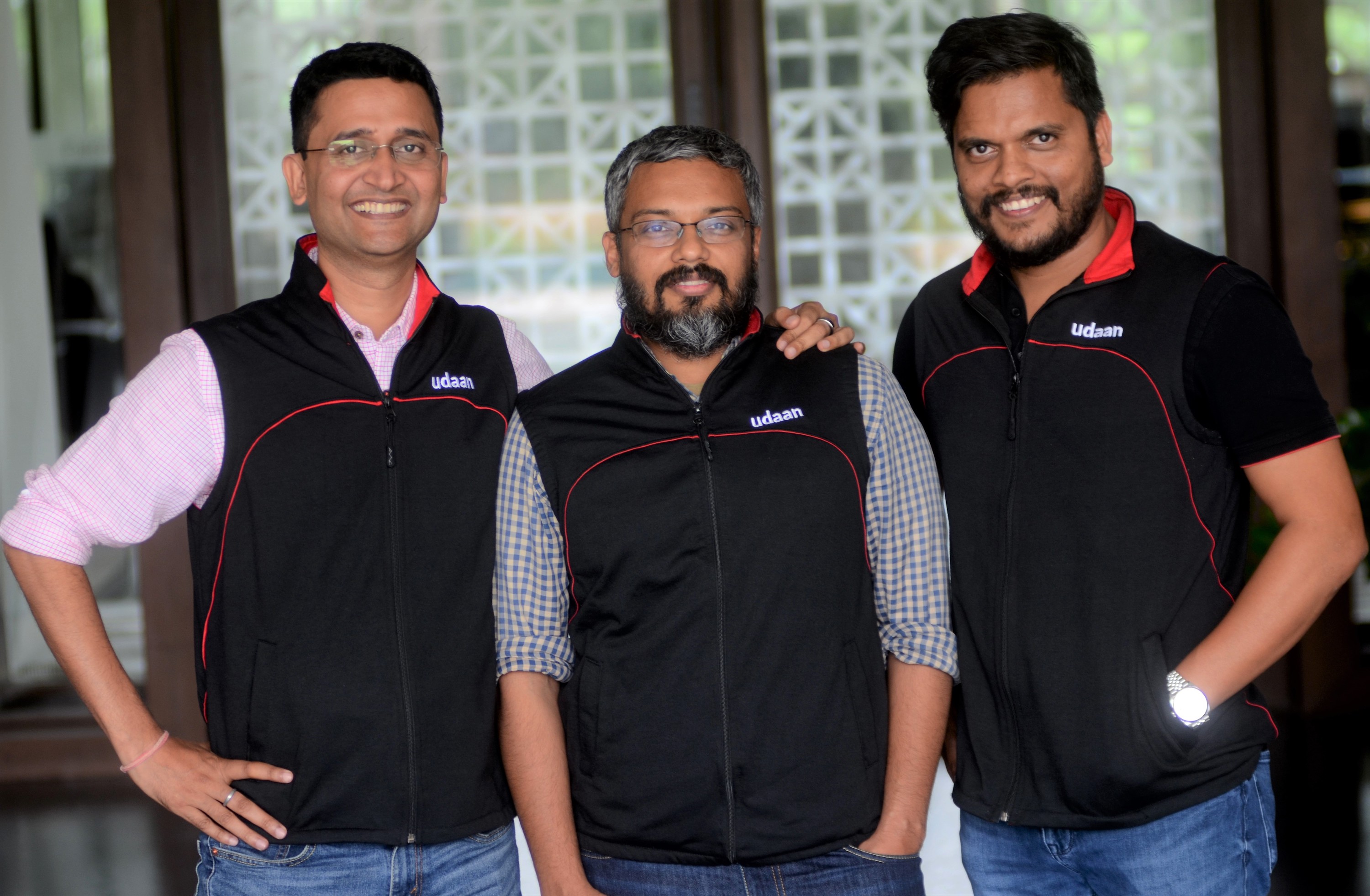 Udaan, a three-year-old business-to-business e-commerce platform in India, has raised more than half a billion dollars in a new financing round as it looks to bring more kirana stores (neighborhood stores), chemists and other small businesses online through its marketplace.

The startup said today it has raised $585 million in a Series D round from Tencent, Altimeter, Footpath Ventures, Hillhouse, GGV Capital and Citi Ventures. Existing investors Lightspeed Venture Partners, which wrote its first check to the startup back in 2016, and DST Global also invested in the round.

The new round — the largest for any B2B e-commerce platform in India — valued the startup between $2.3 billion and $2.7 billion, a person familiar with the matter told TechCrunch. Co-founders of Udaan, which reached the unicorn status in the shortest period of time among Indian startups, declined to comment on the valuation.

Udaan operates an eponymous B2B marketplace that connects small retailers with wholesalers and traders. The platform supports a wide-range of categories from lifestyle, electronics, home and kitchen, staples and toys, to fruits and vegetables.

Udaan also offers a credit line to provide working capital to buyers and sellers on its platform, thereby addressing one of the biggest challenges faced by small and micro businesses and merchants in the nation, said Vaibhav Gupta, a co-founder of Udaan, in an interview with TechCrunch. The credit to buyers and sellers is financed by Udaan and other non-banking partners, he said.

The startup has amassed more than 3 million retailers and more than 25,000 sellers from 900 cities and towns in India. The startup processed five million orders in the month of August.

Today, a wide range of merchants, including farmers, shopkeeper owners, restaurants, chemists and street vendors are connected to Udaan. The startup has set up a supply chain network throughout the nation to fulfill more than half of the orders on its platform.

Sujeet Kumar, another co-founder of Udaan, said the startup will use the fresh capital to expand its supply chain network in the nation and focus on growing the marketplace in both existing and new categories. The startup will also look to scale UdaanCapital, its credit line business.

Even as more than half a billion people in India are online today, most businesses in the nation remain offline. But a growing cohort of startups in the nation is beginning to help merchants make use of technology.

Amazon and Walmart have invested billions of dollars to create business-to-commerce marketplaces in India, but e-commerce still accounts for just 3% of the overall retail market in the country.

Their mightiest rivals remain mom and pop stores that dot tens of thousands of villages, cities, towns and slums of India. In recent years, many Silicon Valley companies have also started to address these businesses. Google has launched tools to help these mom and pop stores set up their online presence, and, last month, it launched a business app of Google Pay to help these merchants accept online payments.

That’s the opportunity that drove Vaibhav, Sujeet and Amod Malviya — the third co-founder — to leave their jobs at e-commerce platform Flipkart and build a platform to serve small businesses in the nation.

“The market opportunity is turning out to be much deeper than we envisioned when Lightspeed led the company’s Series A financing in 2016 and we’re excited to continue supporting the company while welcoming a strong syndicate of new investors,” said Bejul Somaia, a partner at Lightspeed Venture Partners .

In a statement, Martin Lau, president of Tencent, said, “Udaan’s unique approach can enhance the capabilities of millions of retail stores across India. It represents a powerful example of how technology can empower the business of small merchants, improve the efficiency of industries and bring benefits to consumers.”

As Udaan scales its business, the startup will explore ways to generate more revenue, Gupta said. “We have barely scratched the surface, so our focus largely has been to bring more businesses onto the platform and build products and services to serve their needs. That said, monetization is something that we are looking at as our business grows. We are taking calculated measures to generate revenue from the aspect of our business that is maturing,” he added.

Udaan, which in recent quarters has introduced features such as support for government-backed UPI payments platform and an easy tax invoicing tool, expects to clock about $2 billion in annual GMV this year.