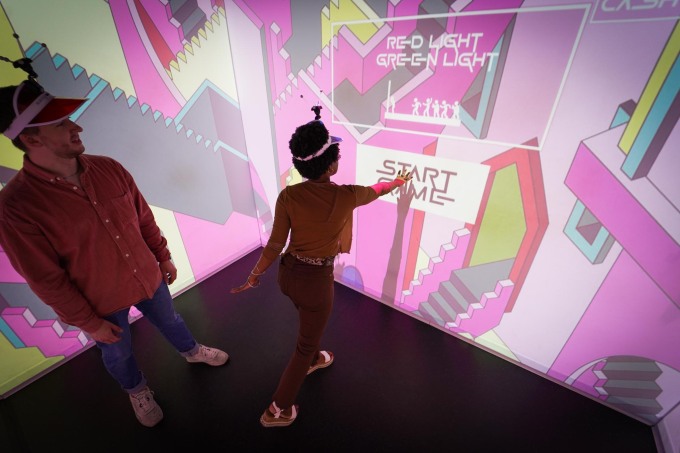 If you’ve ever wondered if you can survive the deadly game of Red Light, Green Light with the robot girl in “Squid Game,” then you might have the chance to find out. Netflix has partnered with interactive gaming and technology company Immersive Gamebox, formerly Electric Gamebox, to bring “Squid Game” fans a real-life experience.

Immersive Gamebox built the game based on “Squid Game” in-house with its game content studio. The title joins a library of licensed IP games, including a life-size “Angry Birds” game via the recent partnership with Rovio Entertainment.

Since it is a licensing deal, the “Squid Game” experience will deliver revenue for Netflix as the company gets a slice of the admission pie. And as we all know, Netflix is in need of revenue and subscriber growth.

Immersive Gamebox told TechCrunch that it is not disclosing partnership financials.

Set to launch on September 21, Immersive Gamebox is turning the most-watched Netflix series “Squid Game” into a life-sized, interactive format. The hour-long immersive digital game will have you competing against friends to survive all six challenges from the show—Red Light, Green Light, Dalgona, Tug of War, Marbles, Glass Bridge, and Squid Game. Similar to the actual show, the only way you can advance to the next round is if you pass. Every time a player doesn’t “survive,” you lose “lives,” and every time you win, you earn money in what the company calls your “piggy bank.” (Note: Immersive Gamebox will not be handing out real cash. After all, the experience is just for fun).

Plus, with 3D motion tracking visors and touch screens, players can enjoy the experience without having to wear bulky headsets.

The multiplayer game can be played by a minimum of two adults and a maximum of six. The company recommends that players 16 years old or older may participate. The “Squid Game” experience is available at all Immersive Gamebox’s locations across the U.S. and Europe, which include Utah, Illinois, Texas, California, Colorado, and Virginia, as well as London and three other venues in the UK. To book a game, players must pay for tickets that range from $24.99 to $39.99 (£20.62 to £32.98).

It will also be available at its new New York location, which just opened today. The new venue is in the Lower East Side of New York City at 81 Essex St.

“People are constantly seeking new and different ways to remain invested in their favorite content. To reimagine Netflix’s most popular show in an entirely new format offers customers more ways to stay connected to Squid Game,” said Will Dean, CEO, of Immersive Gamebox, said in a statement. 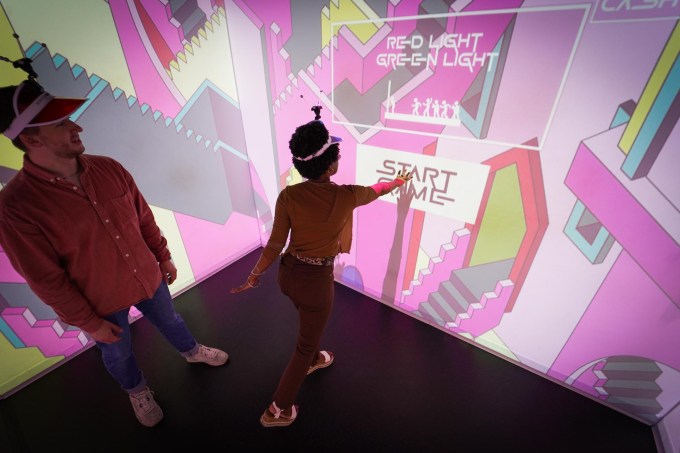 It’s safe to say the Korean drama made a big impression on viewers, as the hit series had 1.65 billion hours viewed in the first four weeks of release. Not to mention the hundreds of people dressing up as the characters for Halloween last year and the TikTok trend called the “Squid Game” challenge that flooded the app in September 2021.

Also, with a budget of $21.4 million, the show generated $891.1 million in impact value, according to documents obtained by Bloomberg.

Netflix announced in June that there is a second season set to premiere on the platform.

While this multiplayer game will be nowhere near the insanity that was MrBeast’s recreation on YouTube, which gave 456 competitors the chance to win $456,000, nor will it be like the upcoming Netflix game show “Squid Game: The Challenge,” with a cash prize of $4.56 million, Immersive Gamebox offers an experience to customers that Netflix is likely hoping will remind them that it is still the top streaming service with a little over 220 million subscribers.

Netflix has built experiences around its properties before, like the “Stranger Things” immersive experience in New York, London, and San Francisco, as well as a “Bridgerton” experience in Los Angeles, Atlanta, and Chicago.