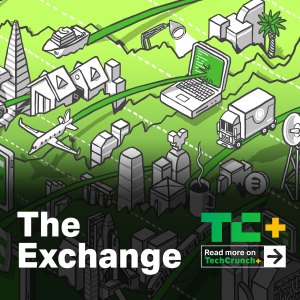 The Wall Street Journal recently reported that Klarna, a European buy-now-pay-later (BNPL) provider, is considering raising capital at a valuation of around $15 billion. The new figure is both a dramatic decline from Klarna’s mid-2021 valuation of more than $45 billion, and the $30 billion figure it was reported to be targeting earlier this year.

Klarna is not alone in losing value in recent quarters. Since its June 2021 fundraise, the value of fintech companies has fallen sharply. And, the European consumer point-of-sale lender has also seen a drop in the value of its best-known public comp, American BNPL player, Affirm.

BNPL in 2022: 4 fintech investors discuss regulation, trends and how to stand out

But given what’s going on in the BNPL sector, Klarna’s predicament is no surprise — besides the general drop in tech companies’ worth, consumer electronics and computing giant Apple recently said it would launch a BNPL product, which also hurt Affirm’s stock.

The impact of the repricing of BNPL companies goes beyond merely Affirm and Klarna. A host of BNPL-focused startups that raised capital during the 2021 venture capital peak are also digesting a dramatically different fundraising, and valuation, landscape. Klarna is simply the biggest, best-known, and most valuable private company caught in the mix.

Because we have its Q1 results from last month, we can interrogate its possible new valuation in comparative terms with Affirm to see how the companies stack up. When Klarna was reported to target a $30 billion valuation for its new funding round, this column dug into its results against Affirm’s. Let’s run the math again, this time using new Klarna data and a dramatically changed price.

When Klarna reported its first-quarter results, headlines focused on the fact that it was cutting 10% of its staff. The company said that while it was “still seeing strong growth across the business,” it was “time to consolidate and capitalize on the strong foundations [it had] established.”

Looking at the company’s numbers, it’s not hard to see why Klarna decided it needed to trim expenses. Observe: