As part of the public debut, which occurred Friday morning at the Quail Lodge during Monterey Car Week, the company gave its first EV — the Lucid Air sedan — the Sapphire treatment.

That means more than just a new paint color, interior theme with highly bolstered 18-way power sport seats upholstered in black leather and a Sapphire-themed on-screen display — although those are all in the new Lucid Air Sapphire that is priced at $249,000 (excluding taxes and destination fees). 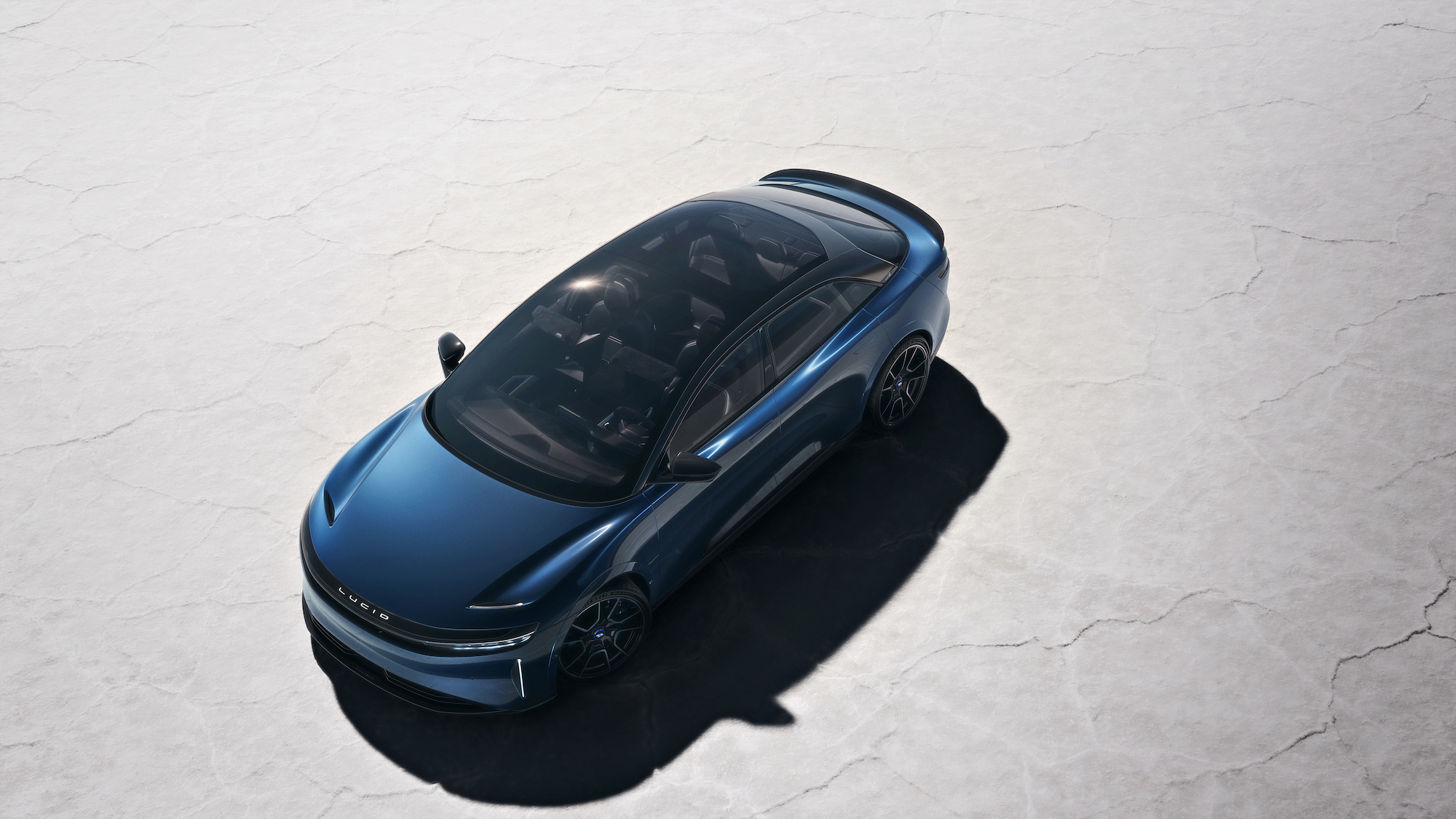 Lucid doesn’t have the final horsepower numbers yet — those will be announced later, along with instrumented demonstrations of the performance capabilities of the vehicle. The company did confirm that the Lucid Air Sapphire three-motor powertrain has more than 1,200 hp. Lucid didn’t share the range of this performance EV. Its other Air variants have ranges between 406 and 520 miles on a single charge. 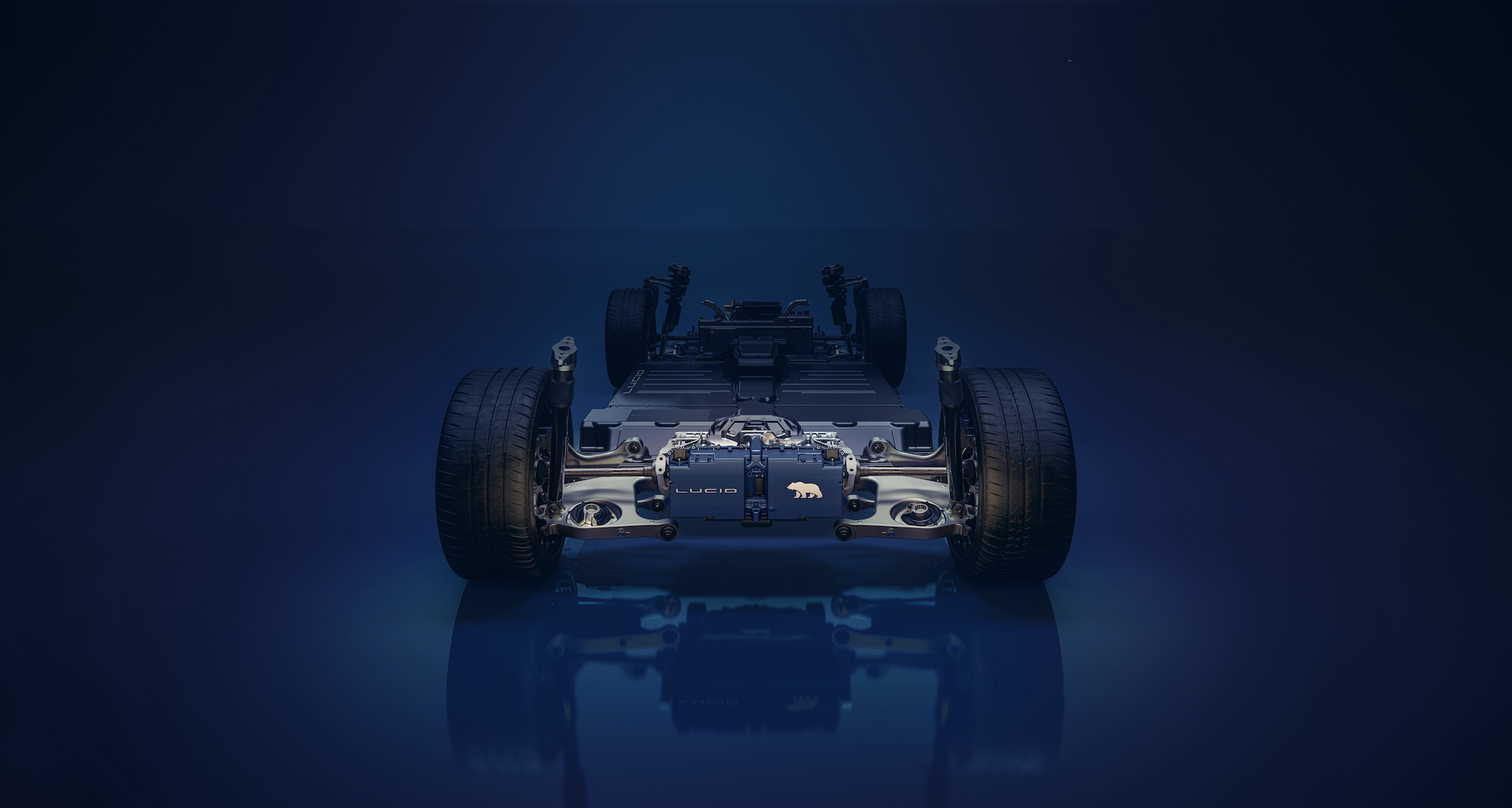 The powertrain allows for a more dynamic experience than an all-wheel drive system. In the Lucid Sapphire Air, the twin rear-drive unit can pivot the rear of the vehicle and provide torque to the rear wheels in opposite directions.

For drivers this should translate to better cornering balance as they enter and exit turns, quick response times and stability.

Other new items that distinguish the Lucid Air Sapphire from other Air variants, includes a stiffer front and rear springs, unique damper settings, stiffer bushings, specific tuning for ABS, traction, stability control and and electronic power steering, according to the company.

The Sapphire Air also comes standard with carbon ceramic brakes and Aero Sapphire wheels, with specially developed Michelin PS4S tires, sized 265/35R20 at front and 295/30R21 in the rear. These wheels come with removable carbon-fiber aero disk wheel covers, which are included to further boost the aerodynamic efficiency of the car. 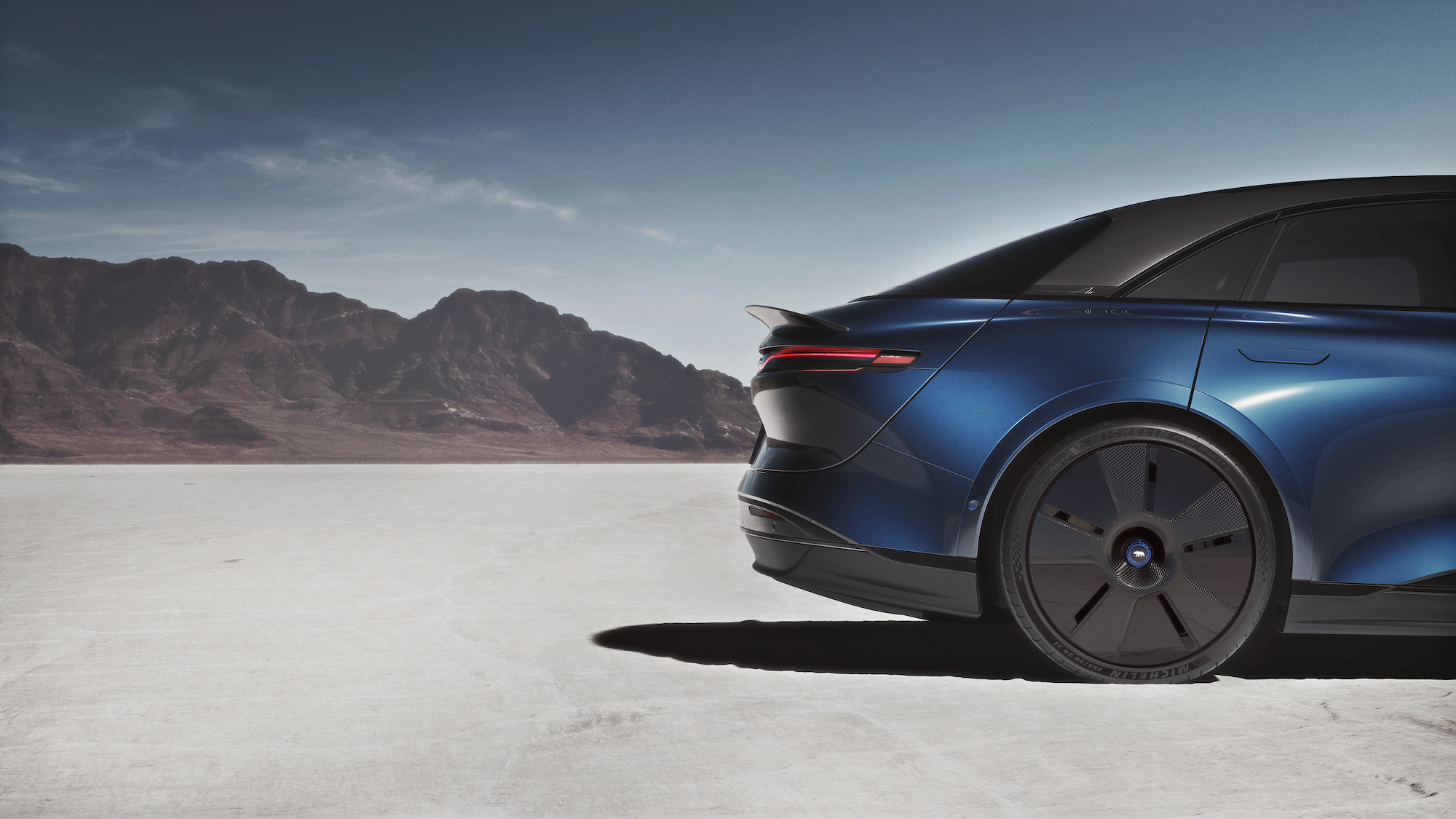 While Lucid executives have talked about introducing lower priced models, this is not that moment. The Sapphire brand is up market from its already luxury-priced Lucid Air.

The company said it will make a limited number of  Lucid Air Sapphire EV sedans priced at $249,000. Deliveries are planned for the U.S. and Canada next year. Lucid said it will begin taking reservations at 9 a.m. August 23.

This new performance brand comes just a few months since Lucid announced it would start producing a high-performance companion to its long-awaited Lucid Air luxury sedan: a 1,050-horsepower grand tourer with a 446-mile range priced at $179,000.