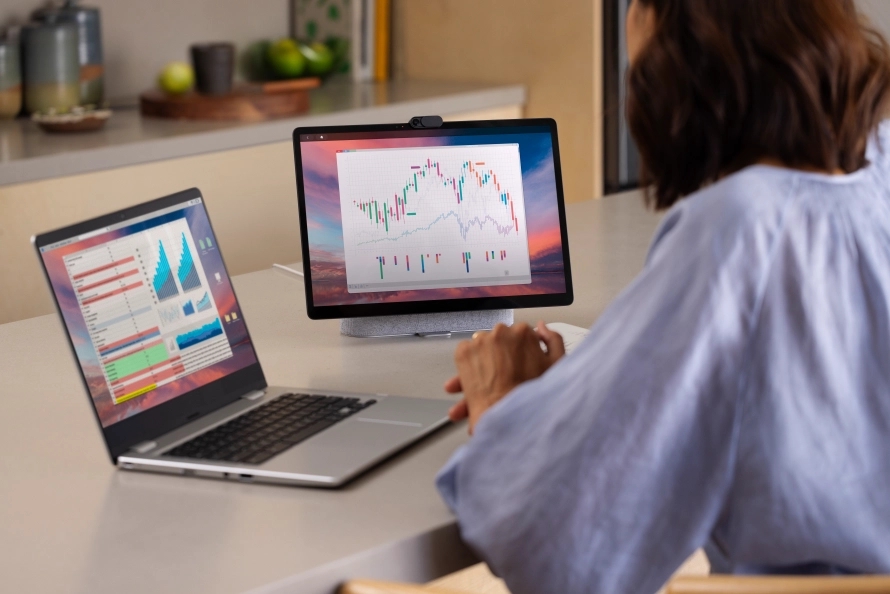 Portal, the beleaguered brand of smart displays released in 2018 by Meta (then Facebook), is reportedly slated for a phase-out as the company refocuses the product line on the enterprise. Ahead of the transition, Meta is releasing new features — perhaps some of the last for current owners, as the case may be — that turn Portal displays into a second screen for PCs and bring the video calling experience to Macs.

Select Portal devices (specifically the second-gen Portal Plus and Portal Go) now support Duet Display, an app that extends the screen of a PC or Mac to allow users to drag open windows like they would with a second monitor. Meanwhile, the new Meta Portal Companion app for Mac puts Portal call controls in a MacOS widget, providing shortcuts for screen sharing, muting and volume adjustment as well as sending meeting, video and website links to a paired Portal.

“In today’s hybrid work environment, having a comfortable and convenient working space is more important than ever,” Meta wrote in a blog post. “Meta Portal is now an even more useful productivity tool for your home office.”

Portal was Meta’s attempt to make a splash in the smart display market, which some analysts estimate is already worth billions of dollars globally. Among its unique features were a camera that could automatically zoom and track people’s movements, a mechanism to tilt the screen, and integration with Amazon’s Alexa voice assistant. Meta subsequently released a Portal set-top box designed to plug into TVs and the aforementioned Portal Go, which is battery powered and portable.

After poor sales and a privacy controversy that didn’t do Portal any favors, Meta began shifting strategy, launching Portal for Business in February 2021. The software package allows any Portal device to act as conference room orchestrator, supporting various third-party calling platforms as well as ties into business applications such as calendars.