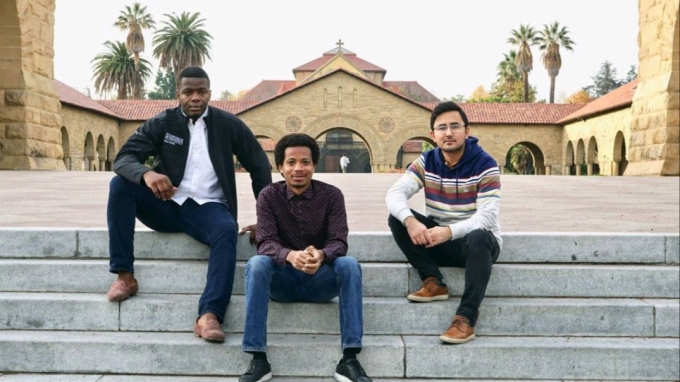 There’s no end to digitizing the operations of small and medium businesses (SMBs) in the traditional retail sector across sub-Saharan Africa. In Nigeria alone, this industry, worth more than $200 billion, consists of over 40 million businesses of varying sizes, according to reports.

Traditional retail in the country comprises small kiosks and open-air markets selling various products from food and beverages and groceries to personal care products and stationery. B2B digital marketplace upstarts such as TradeDepot, Sabi, and Omnibiz have raised millions of dollars to help thousands of these businesses to purchase inventory from manufacturers while providing solutions to track cash flow, payments, and access capital. Meanwhile, another group of startups provides software and apps to assist these retailers with their bookkeeping and sales tracking processes, among other features.

Pastel, a startup in the second category which has been under the radar for more than a year, is announcing a seed raise of $5.5 million led by pan-African venture capital firm TLcom Capital. Other VC firms such as Global Founders Capital (GFC), Golden Palm Investments, DFS Labs, Ulu Ventures, Plug and Play, and Soma Cap also participated in the seed round. The startup raised a $620,000 pre-seed last year from some of its existing investors.

Formerly Sabi Cash, Pastel was founded by Abuzar Royesh, Olamide Oladeji and Izunna Okonkwo, Stanford graduate students who, according to co-founder and chief growth officer (CGO) Okonkwo, in an interview with TechCrunch, shared similar interests in building solutions for micro and SMBs in emerging markets, particularly from their countries of origin: Afghanistan (Royesh) and Nigeria (Oladeji and Okonkwo).

The company’s flagship product, Sabi (not to be confused with a B2B e-commerce marketplace with the same name), is a digital bookkeeping app that allows small businesses to monitor and manage their transactions and customers, get insights into their cashflows, issue receipts, and effectively manage customers who owe them.

Small businesses in Nigeria have stayed offline for years storing information and essential data offhand, on paper or ledgers. All these inefficiencies, asides from being time-consuming, lead to errors and affects cash flow and finance, which is why nine out of 10 small businesses in the country fizzle out in the first five years. Bookkeeping solutions such as Pastel’s help these businesses streamline processes digitally and save money. 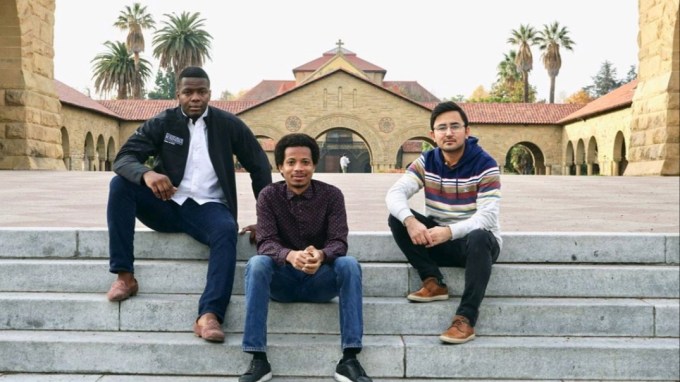 The bookkeeping and customer relationship management Pastel launched last year recorded over 100,000 merchant sign-ups by December 2021, said Okonkwo. The free app currently has more than 45,000 active merchant users. Pastel has recently added more features for merchants to capture more value in this chain. However, unlike other platforms that have bundled several features into one app, Pastel chose a different strategy and made each product standalone: Quick Receipt and Pastel Financing.

“Our thought process was as soon as we got traction, the next step was to capture some value. So we added features to the Sabi app and what we’re building now is a little bit more,” Okonkwo said about the company’s decision to build three standalone platforms instead of coupling them all into one app. “The way we’ve thought about it is, as opposed to creating a super app that a lot of other fintechs have or are in pursuit of, we are taking a more platform approach, meaning that any Pastel user can sign up with any of our apps with the same login and access all of the other solutions that we’re providing.”

The Quick Receipt app provides businesses with simple invoicing and receipts tools and over 60,000 active merchant users. On the other hand, the SwiftMoney app, which leverages local saving groups called ajo in Nigeria to provide financing for businesses, has been stealthily built for the last three months through Pastel Financing.

Ajo or esusu is a popular financial scheme in Nigeria where a group of people contributes money in varying intervals to a leader who stores the cash on their behalf. They can have different purposes for engaging in this activity, such as saving towards a particular goal or accessing a large pool of credit.

The ajo groups on Pastel have a leader who, in addition to engaging with the formalities of cash collection and depositing cash in a [Pastel] bank account, downloads the app to set up profiles for members. So when any of the members (which in this case are merchants) want to access loans, the leader requests on the app and then sends the money to them before collecting repayments when due.

Pastel only started making revenue recently and does so by charging interest and a small fee on these loans; it also has access to savings to use as a float for loan financing. The one-year-old company plans to raise debt capital by January to complement this process, Okonkwo said. “We’ve not raised now because we’ve not scaled out our loan product. But the plan is by January, once we’ve expanded much faster, we’ll raise debt or partner with an existing debt player, and then become the origination tool.”

The U.S.-headquartered and Lagos-based Pastel isn’t the only startup operating in this line of business. In the last 24 months, several startups across West Africa, including Kippa, Bumpa (which recently launched a social commerce integration with Meta), OZÉ, and Bamba, have ventured to serve small and medium businesses with bookkeeping tools and credit. While they offer almost identical features such as handling bookkeeping, managing inventory and tracking sales, Okonkwo argues that Pastel’s product-centric approach distinguishes the company from others.

“As a team, we are taking a product-led growth approach where we iterate after doing massive amounts of research into how users are using the solutions and what they are asking for,” said the co-founder. The new capital will assist Pastel in increasing its efforts in this area as it looks to expand its product offerings and develop more productivity and finance management features and tools around group savings, loans and payments for small businesses.