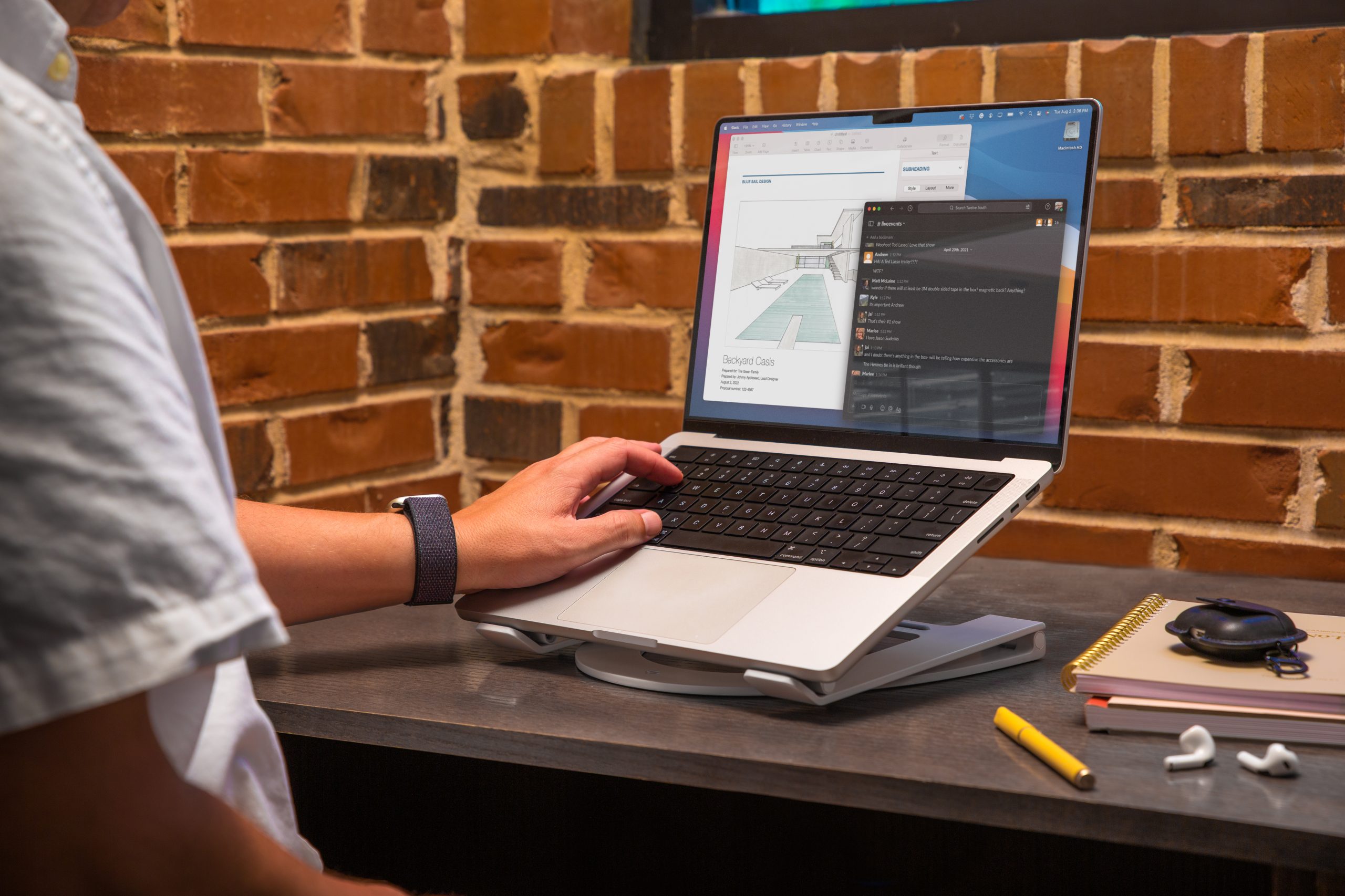 This is the sort of thing I definitely would have been all over when I still traveled a bunch for work. Twelve South has long been the go-to for MacBook stands and the like, and today the company introduced a clever addition to the family: the collapsible/portable Curve Flex. The stand collapses fully flat so you can take it on-the-go, and extends to raise the laptop up to 22 inches, positioning the keyboard at a 45-degree angle.

Somewhat ironically, I’ve become a fan of stands after I stopped traveling as a way to use notebooks as a kind of second screen at home. The Curve Flex’s adjustable height makes it possible to position at a similar eye level as your main screen. That, coupled with macOS additions like Stage Manager and Sidecar, offer a more seamless cross-device integration. 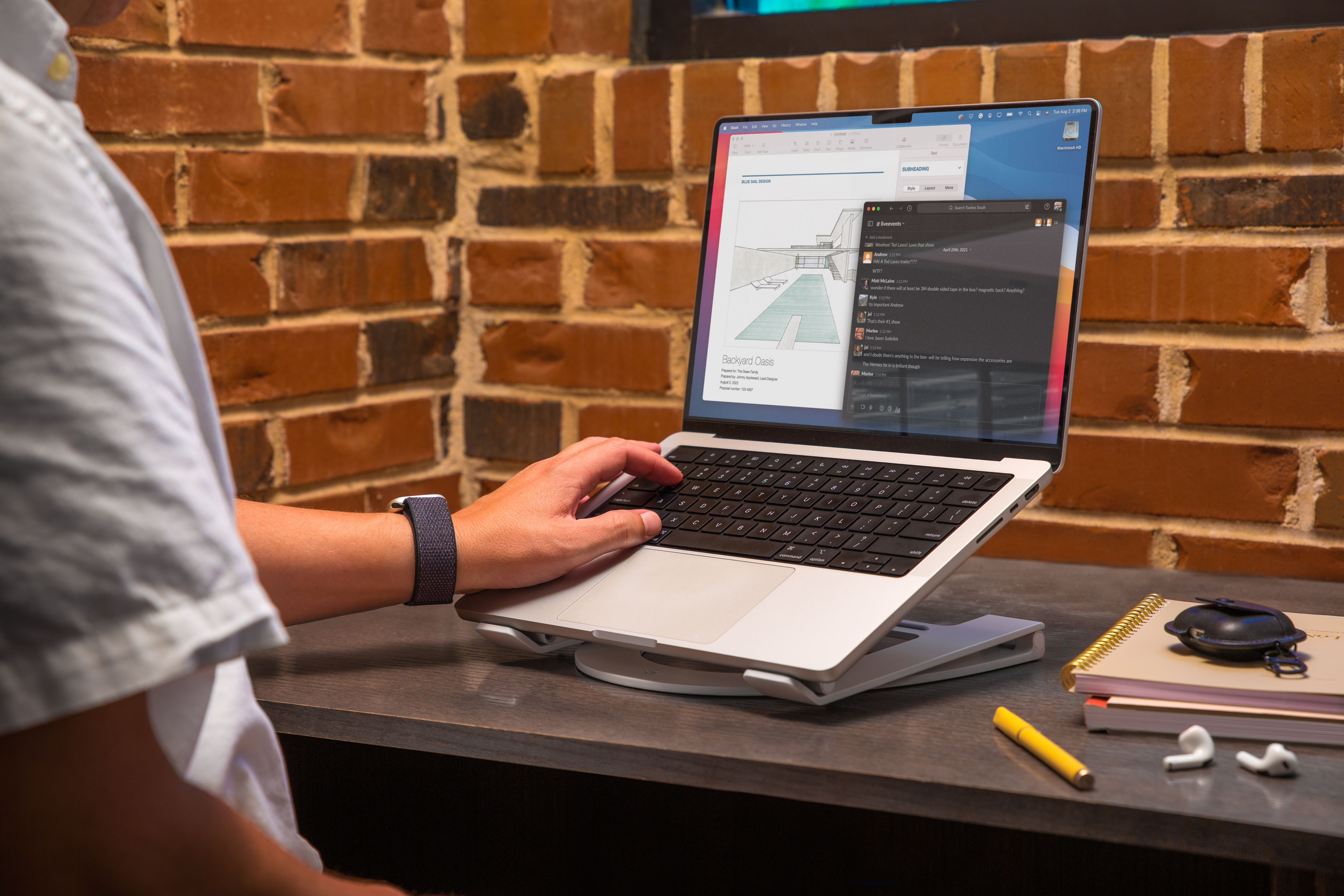 The biggest sticking point is pretty much the same with all Twelve South products: price. The accessory runs $70. You can absolutely find cheaper stands out there — though Twelve South’s stuff is always fairly premium. You could do much worse rolling the dice over at Amazon.

Moft has always been an interesting alternative. The company’s laptop stand is less than half the price — and more portable. I rocked one for a while, though the semi-permanent attachment is a mixed bag, and the adhesive can be a real pain if your system tends to overheat. The company also offers the $70 Laptop Desk, which doubles as a kind of collapsible standing desk that may be worth a look. 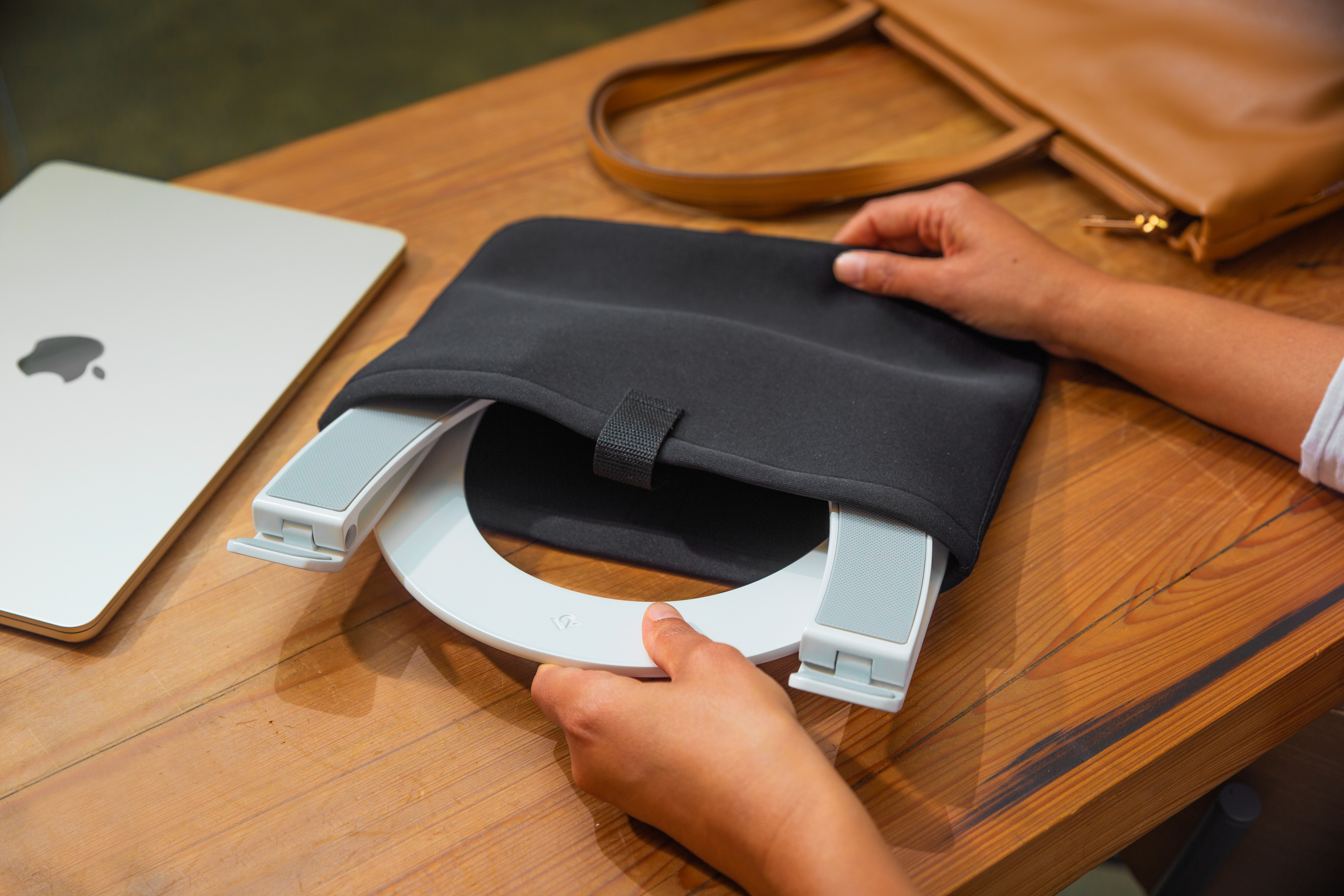 For what it’s worth, Twelve South’s $70 also gets you a neoprene travel sleeve, if you really want to carry your collapsible laptop stand around in style. I don’t really travel like I used to, but I am perfectly willing to be that guy at the local coffee shop these days.