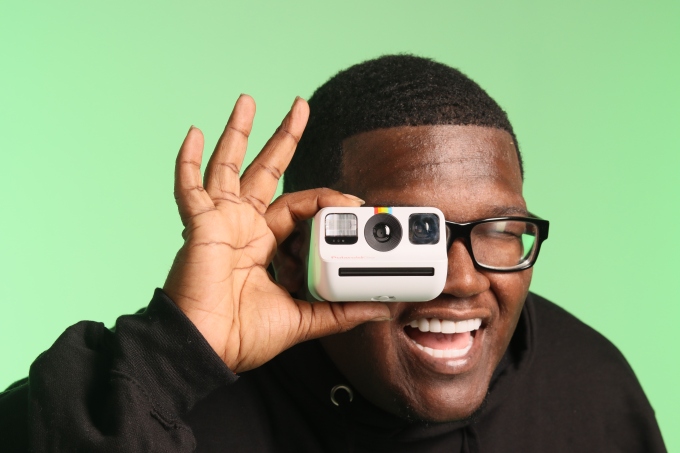 From Los Angeles to Silicon Valley, a trend emerged among social media influencers and startup founders alike: move into a mansion with ten or so collaborators, work day and night together to build fame and wealth, and hope that your new roommates do their dishes. But across the country in Atlanta, a fast-growing tech hub, a cohort of Black creators reimagined that idea. What if an influencer collective could be truly collaborative, rather than fodder for a depressing Netflix reality show?

A well-known influencer collective, Collab Crew (formerly known as Collab Crib) has had a turbulent few months since TechCrunch met them at VidCon. Founder Keith Dorsey stepped down to focus on his mental health, appointing Robert Dean III (@robiiiworld) to take the lead. Why the name change? Unfortunately, they’re no longer a “crib” — their Atlanta area house was sold, so they couldn’t renew their lease.

Now, Collab Crew is trying to make the most of the situation. Instead of living together outside of Atlanta in Fayetteville, Khamyra Sykes (@queenkhamyra), Chad Epps (@chadio), Kaelyn Kastle (@kaelynkastle), Tracy Billingsley (@traybills) and other collaborators are launching Collab Studio ATL. A few minutes away from downtown Atlanta, Collab Studio ATL describes itself as “a tech-based one-stop shop for content creators, HBCU students and young entrepreneurs to achieve their business goals.”

At just sixteen years old, Sykes has already been honored on the Forbes 30 under 30 list alongside fellow Collab Crew members Theo Wisseh and Kastle. But since she’s so young, she didn’t live in the collective’s house. Now, she’s excited to work out of the studio, which is more specifically dedicated to business than a house that doubles as a living space.

“My company Putta Crown On It has the opportunity to have a place to do classes, promotional shoots and more,” Sykes told TechCrunch via email. “I feel like the studio has the potential to be a great place for creators like me to thrive. The productivity at the studio is much better than the house for business and content.”

By moving away from the “influencer house” model, Collab Crew can also expand to include more BIPOC creators and entrepreneurs in the Georgia capital.

Currently, the studio is funded in part by partnerships with Monster Energy and Snap’s 523 program, which supports small content companies and creators from underrepresented groups. There is an application process and fee for members to join Collab Studio ATL, but the group hopes these costs will be subsidized by partners in the future — they say that the application process is more about assessing the needs about an entrepreneur or creator and what services they require from the space. The price of membership varies depending on what resources an applicant is looking for, whether that’s marketing, help connecting with potential brand partners or use of studio space.

At launch, members estimate that one-day access to the workspace will cost $25, while the use of the studio will range between $150 and $250 an hour. Depending on how often a member wants to book the studio, monthly memberships will range from $85 to $250.

Collab Studio ATL says the goal with its application process isn’t to turn people away, but to make sure that new members fit well within the community. They also plan to build a professional music studio and sound stage. At launch, the core Collab Crew members have welcomed in partners like filmmaker Jiron Griffin, creative director Elijah Brown and publicist Brandy Merriweather.

The group says they took inspiration from similar community-oriented tech incubators in Atlanta like the Russel Innovation Center for Entrepreneurs, PROPEL Center and Gathering Spot, but Collab Studio will focus more specifically on the entertainment industry.

The new studio could help energize a cohort of creators that has found success despite serious hurdles.

Black influencers and startup founders alike face systemic barriers to their growth. In the same way that Black founders are unfairly overlooked in venture capital, Black content creators have had their work stolen and earn fewer brand deals than white creators, studies have shown.

In a documentary about the Collab Crew, Kastle even said she had dyed half of her hair pink because she felt that the TikTok algorithm was more likely to surface her videos when it saw brighter colors. Since the TikTok algorithm is so obfuscated, it’s difficult to confirm this particular claim, but it makes sense why Kastle worries about how she may be unjustly suppressed on platforms — as it’s happened before.

For example, in the midst of racial justice protests in summer 2020, posts on TikTok with hashtags like #BlackLivesMatter and #GeorgeFloyd appeared to have 0 views. TikTok later apologized for what it called a “technical glitch,” but Black creators have continued to voice concerns that they’re being suppressed on the platform. A year later, Ziggi Tyler showed in a TikTok video how TikTok’s creator marketplace wouldn’t let him say “Black lives matter,” but it would let him say “supporting white supremacy.” Once again, TikTok apologized. (The platform alleged that an error occurred because Tyler’s post also included the word “audience,” which contained the letters “die” — in combination with the word “Black,” this triggered TikTok’s automated content moderation).

“We’ve got to work five times as hard just to get to the bare minimum on any platform,” said Dean, a 31-year-old filmmaker. He and his younger colleagues have all experienced the frustration of finding out that their white peers were earning more than them for the same work.

“I worked with one of my friends who just so happens to be white, and we were talking because we were both a part of the same campaign […] and they were clearly getting paid more than me,” said Epps, a 23-year-old with over 7 million TikTok followers. “It’s just very sad to me the fact that Black creators and the Black community are getting underrepresented and underpaid. But then again, it adds fuel to my fire to keep on pushing harder and harder.”

A recent report in The Washington Post supports claims that Black creators were underpaid. It found that Triller, a TikTok competitor, had specifically recruited Black creators as partners, yet failed to follow through on its commitments to pay them, the creators said. Because Triller withheld pay, some creators said they lost their homes and fell into debt — yet Triller still plans to go public via IPO in the fall, the report noted. As part of their deals, some creators — including members of Collab Crew — were supposed to get a financial stake in the company. But for now, it remains unclear whether that will come to fruition.

When asked about their reaction to the damning Triller investigation, Collab Crew emailed TechCrunch a statement, but declined to disclose if or how its members were impacted. Collab Crew did say they hope that creators who haven’t received the money they were promised can get paid.

The idea of “consistent investments” is key to the way that Collab Crew wants to run its studio, offering longterm support for its members to grow. Companies like TikTok, Meta, YouTube and Snapchat have launched programs that give funding and resources to select Black creators, and that fast capital is useful — but Dean thinks that inequality runs deeper on these platforms.

“Some of these programs are cool, but it’s like, what’s after that? Some of these white creators got set for just being right for the algorithm,” he told TechCrunch. “It’s hard for Black creators to even start YouTube, more than the average white creator.”

Whether living in the same house or working together in their new studio, Collab Crew has maintained the same strategy for getting Black creators the opportunities they deserve: collaboration and mutual support.

“We all teach each other […] We have strong platforms and we have weak platforms, but with all of us together, everybody will be great,” explained Sykes.

“Instead of like other groups, where it’s everybody for themselves, it’s really more like a team effort,” Dean said.